Instagram has been banning accounts of models who show some skin. Unfortunately this is the way that the social network has gone, punishing several models – Beth Lily, Emma Green, Samanta Lily among some of the victims-. One who took it to another level is busty Jessy Taylor, from the UK, who went viral after crying on youtube about her accounts deletion.

While Instagram has been very puritan and has punished many accounts that doing no harm, Jessy Taylor cried on a video as if it were the end of the world. Sure it is frustrating, but her video show how immature she is and how dangerous social media has become to her generation. She blames the world for her problems and in certain way diminishes the work that many people take in 9-5 jobs. She states she moved to California to be a star and now that her dreams have been destroyed she would turn into prostitution or drugs, because of the people who reported it. … Helloooo!!! is there a brain cel active or all died because of the weed?

Many women are taking advantage of social media and her good looks to get money. Beauty gives a pass. However, if your aspiration in life is being a youtuber or instagram model I guess your parents did not do a very good job. People have to work and study and increase their knowledge in different areas. It does not matter if it is a blue collar or a white collar job, effort brings hard-earned money which gives you satisfaction when you put food on the table for your family. Relying your destiny on a social media platform or a pair of boobs is not enough and it should not be enough. Beauty is temporary. Look at how many big boobs models lose the tits…. then what?

I did not know who she was until she went viral. However, many fans commented that she was racist. While some of those tags are used very loosely lately, I found a link to a video where she actually talks shit. https://www.reddit.com/r/LivestreamFail/comments/ads5gk/live_streamer_and_instagram_model_jessie_taylor/

I am sure that if she really becomes an escort she will have to suck black cock!! and ger pounded hard and deep!

I know fans reported, but I do not know if she was reported because of her comments or because she seems to be a pain to listen to. 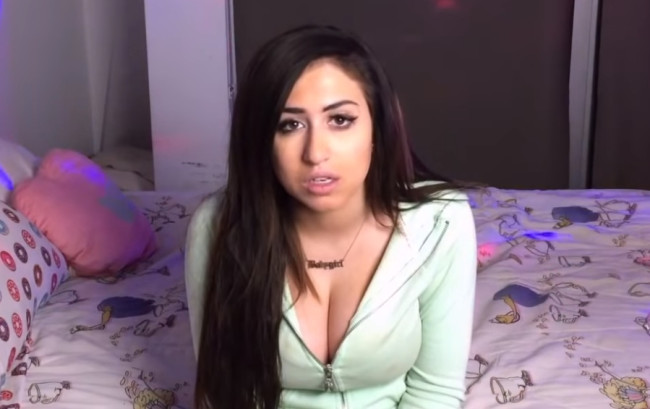